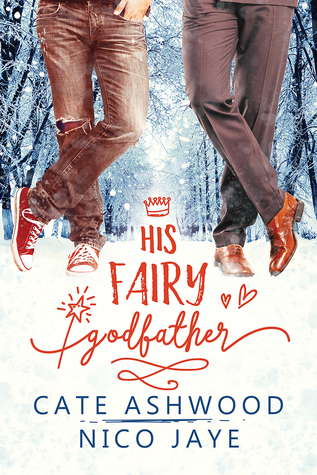 [To Be Rereleased Soon]

Since the death of his father, Trick Grigsby has fought to keep his head above water. Following in his father’s footsteps as a talented architect, he hopes to work his way up at the firm. Unfortunately, the company’s new owner barely resembles the man who was once Trick’s father’s best friend. Trick’s days are filled with drudgery and cruel remarks from the man who was supposed to be his mentor—along with his two sons, whose only jobs seem to be making Trick’s life miserable.

But all that is about to change.

Edwin Goodmaker struggled through his fairy godparent curriculum, but his mother—the reigning Fairy Queen—has a simple solution: Edwin will go to New York City and get some practical experience. When he meets Trick, Edwin knows he’s found a worthy charge, and he’s sure he can help Trick achieve all of his heart’s desires. Edwin falls for Trick, but with everything standing in their way, a fairy-tale ending might remain nothing more than a dream.

His Fairy Godfather is a contemporary/urban fantasy novel (69,000 words). An excerpt is available at Dreamspinner Press.

Add it to your Goodreads shelf here.